Home » How You Can Clear Your Unsecured Debt

How You Can Clear Your Unsecured Debt 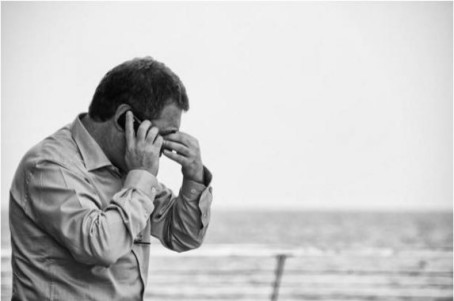 Debt has factored into household budgets for a long time, but recent years have seen a shift in the role of debt in the larger picture of our futures, investments, and financial planning.

The Growth In Unsecured Debt

Why Work To Eliminate Unsecured Debt

When it comes to unsecured debt, there is a persistent belief that because there are no assets tied to these debts, it’s easier to look past paying these debts in favor of paying a secured debt like a car loan or home mortgage.

That’s an easy mistake to make. On the surface, it can appear that there’s no single critical consequence like having your car or home repossessed. However, unsecured debt can lead to asset seizure and it can even have non-financial consequences.

One recent study found a direct relationship between the amount of unsecured debt a person has and the level of depressive symptoms and psychological well-being. Another study found that people with debt are three times as likely to develop mental illness such as depression, anxiety, and psychotic disorders.

Unsecured debt is a serious problem with very real consequences, but one that many know they need to address. It’s just a matter of finding the right solution.

Debt settlement is an effective way to settle your debts with various creditors. It is not debt consolidation. It’s a way to negotiate with creditors so that they are paid the debts owed to them while the debtor works their way out of the financial burden with reasonable expectations. Individuals and families often turn to debt settlement as a solution for their unsecured debt without taking on the black mark of bankruptcy.

Chances are that your credit will be affected by your efforts to settle your debt. But chances are also good that your credit is already suffering if you’re considering debt settlement. The good news is that as you pay off your unsecured debts, your credit score should begin to improve. It’s precisely these improvements that help our clients maintain a positive outlook and stick with the program until their debts are settled.

In a nutshell, debt settlement works by having an experienced negotiator work with your unsecured debt creditors. The situation will be discussed. The creditor will want to get as much as possible while taking into consideration the likelihood of being paid. Theoretically, creditors would rather have something than nothing. They know that if a debtor files for bankruptcy, they will struggle to collect any of the money owed. Settlement is a more appealing option than continuing to spend their resources in pursuit of money they may never recover.

Usually, immediate partial payment is a bonus of coming to an agreement. If some money can be turned over during negotiations, creditors are more likely to be open to a settlement because they have begun to see part of the collection.

Not all unsecured debts are equal. Student loans can be more difficult to address because they are exempt from bankruptcy. Negotiating back taxes, credit card debts, unsecured bank loans, medical bills, retail store credit and other types of unsecured debt can be easier, but each is different.

The same negotiation strategy is applied in each case with the negotiator looking for a reasonable plan so the person owing money can work their way out as quickly as possible.

People can come into unsecured debt in a number of ways. Our society often thinks that it’s simply out of control spending that becomes the issue, but the reasons are often much more complex. The key is seeing the problem and working to find a solution so each party can move forward.

For more information please visit our page on Unsecured Debt. Contact us today for a free debt analysis and start living your life again without worry and anxiety.