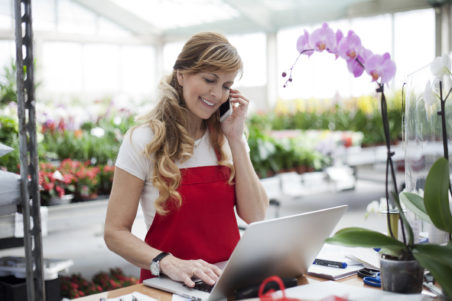 High and increasing inflation rates have triggered these questions about the national and state minimum wages over the last few years. In order to catch up with the rising costs of living and housing, a national plan was made effective on January 1st of 2017 to increase the minimum wage yearly until January 1st 2022, when it will be $15 an hour. For small businesses with less than 26 employees, the plan is stretched an extra year until 2023.

What will this mean for business and you? Let’s take a look at some of these concerns:

Businesses like Amazon and McDonalds have recently raised their minimum hourly wage and improved their benefits packages, which has decreased their employee turnover rate, boosted morale, and increased customer satisfaction scores.

However, powerful businesses groups like the U.S. Chamber of Commerce and the National Restaurant Association have voiced concern that the higher minimum wage will hurt small businesses the most, forcing them to make cuts to their workforce, workers’ hours, and lose out on much-needed profits to catch up to competitors.

According to the Small Businesses Administration, small businesses provide 55% of all jobs in the United States. It’s clear that they are a major part of the U.S. economy, even more so than the large corporations we typically think of as being job providers. However, about a third of small business owners voice support for the raise in the minimum wage because it will increase consumer spending, reduce job turnover, and improve productivity and customer service.

Effect on the Economy

As we mentioned above, increased wages will mean increased consumer spending. But it’s not surprising that an increase in the minimum wage will likely lead to a decrease in employment. Businesses may not be able to hire as many people, but they will also be working with a lower turnover rate and providing more stability and financial security to their employees.

One major concern is that the increase in minimum wage will drive small businesses out of business altogether. Whereas larger companies like Amazon may be able to afford $15 an hour for their employees, a small competing company might not have this luxury. Larger companies have neglected to pay these wages for years despite their profits and faced plenty of backlash for it. Smaller businesses often see the more immediate value in keeping employees on their team for the long haul, despite the financial strain it may place on them. It remains to be seen what the full effects of this change will be on the economy.

How Will These Changes Affect You?

Perhaps most importantly, the increase in the minimum wage is quite likely to affect you and your family. If you make less than the minimum, you can look forward to steady pay raises over the next few years. If you already make above the minimum, you can take comfort in knowing that others will have a living wage. Beyond the obvious economic benefit for these individuals, you can look forward to seeing a decrease in accidents in the workplace, employee turnover rates, and hopefully, improved mental health conditions.

Overall, higher wages mean less stress. And a few extra dollars can be critical to those who are dealing with credit card debt and overdraft fees.

New Era Debt Solutions has settled over a quarter of a billion dollars of debt since 1999 and wants you to be our next success story. If you need assistance in achieving financial freedom, contact one of our friendly counselors at New Era Debt Solutions to learn more about finding the debt relief option that best fits your needs and budget. Our counselors are with you every step of the way.