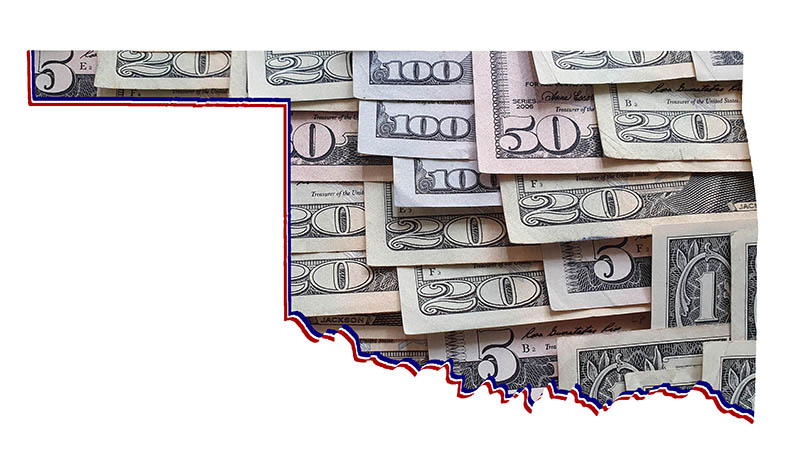 Debt relief comes in many forms. Below are 5 types of debt relief that are used often by consumers in Oklahoma.

While this is a strategy employed by many of those who find themselves in debt, it’s often the worst way to pay off a debt. Although it might feel like some progress is being made, making only a minimum payment can keep you in debt longer and cost you more in the long run.

A debt management program is a form of credit counseling that is often offered for free. You typically make a single a single monthly payment to the credit counseling agency who then distributes the funds to creditors while hopefully securing lower interest rates in the process. While these programs are usually offered for free, you still end up paying back 100% of the principal debt balance in addition to any interest. The downside with credit counseling is that these programs are designed to take between 3 to 5 years to clear the debt and have low rates of completion.

With debt consolidation, you take on a large loan or credit card account that has a promotional, low-interest rate, and the capital from that loan is used to pay off other forms of unsecured debt that have higher interest rates. This form of debt relief combines multiple monthly payments into a single one that is, in theory, lower than what was being paid for in total before. The disadvantage with debt consolidation is that these types of loans or credit cards can be hard to qualify for and if they are not repaid during the promotional window, the interest rate bounces back to being high.

Oklahoma Debt settlement is a process of negotiating with creditors to reduce the principal balance owed on unsecured debt. Because the total of debt is reduced in addition to the interest rate, debt settlement can be a quicker and less costly option for achieving debt relief than either debt consolidation or debt counseling.

Bankruptcy may be inevitable for debtors who continuously find themselves buried in debt obligations they cannot handle. Formally filing for bankruptcy can stop the collection process that creditors have initiated and the debtor is cleared of all or some of their debts depending on which type of bankruptcy they filed for, but this form of debt relief causes significant damage to one’s ability to borrow for years to come.

Debt negotiation is a form of debt relief that involves working with creditors to secure a reduced repayment amount on your unsecured, personal debt accounts. Settlement reduces the principal total of debt in addition to lowering interest rates, which makes it substantially different from Debt Consolidation or Credit Counseling which cannot affect the total balance of the debt. By negotiating a lower balance of debt that has to be repaid, Debt Settlement can provide a quicker route to freedom from debt.

Most creditors are willing to negotiate a settlement deal because receiving even a reduced amount is a better option than getting nothing if the debtor files for bankruptcy.

Be sure to check with your Oklahoma debt counselor as these lists are not exhaustive.

Figure Out What’s Best For You

Has a legitimate financial hardship condition burdened your finances?

A majority of debt problems in Oklahoma are caused by losing a job, sudden medical emergencies or issues, or going through a divorce/separation. Each of these situations creates a legitimate hardship that can create a serious imbalance on a household budget and can happen to anyone through no fault of their own. If you find yourself struggling to keep up because of a hardship situation and you’d prefer to work out a deal than declare bankruptcy, then Debt Settlement could provide you with an honest and ethical path back to being financially even.

Debt Settlement system is not a “free ride” for consumers who don’t want to repay their debts. It is an aggressive form of debt relief that can present an occasional challenge.

What often ends up being the biggest factor in how well these programs go is your level of commitment to seeing it through to the end, even when the road gets a little bumpy. For those who can stay the course until the end, a debt settlement program could be the fastest and most affordable option of any form of debt relief in Oklahoma.

Settlement can reduce many forms of unsecured debt including department store cards, miscellaneous bills, lines of credit, signature loans, repossession deficiencies, financing contracts and more. However, the largest reductions in principal tend to come from credit card debts; so, if a good portion of your debt is comprised of credit card accounts, you can anticipate a good outcome from partaking in a debt settlement program.

How Do I Find the Right Settlement Company in Oklahoma? 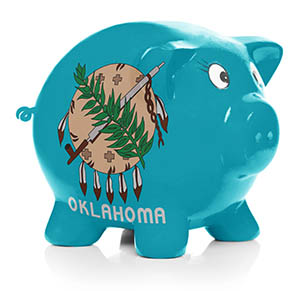 By asking 14 important questions, you can pick apart the good settlement companies from the bad ones right from the start. Also, we always recommend looking into the company’s average customer rating and complaint history at the Better Business Bureau (BBB) to see what the experiences of other Oklahoma consumers have been like with that firm.

New Era Debt Solutions is rated an A+ with the BBB and has helped thousands of consumers find freedom from their debt since 1999. We’ve settled more than $250,000,000 in debt and worked with clients from nearly every state in the country in our over two decades in the industry. Visit our testimonials page to see how we can handle your debt.

All-in-one service. Many “debt settlement” companies are just sales groups looking for leads to sell or pass off to actual settlement firms. This means that your sensitive financial data is being passed around between multiple parties and the salesperson who you spoke to may actually have little to no control over how your debt is settled in the end. Always look for a company that will handle your debt negotiation with an in-house team of debt experts, such as New Era.

New Era negotiators are experts at getting you some awesome deals in Oklahoma, but the offers don’t last forever. The most successful debt settlement clients in Oklahoma are ready and willing to respond immediately.

Give us a call today for a FREE debt analysis with a New Era expert. We can show you how much time & money can be saved with the right debt relief program.