If you’re struggling with unsecured debt in Boston, Massachusetts, then you may be a prime candidate for a debt relief program. Depending on which types of debts you owe and to which creditors they are owed to, debt settlement could the best option in helping you become debt-free. Instead of filing for bankruptcy, you may be able to get a majority of your unsecured debts reduced with an experienced settlement company. 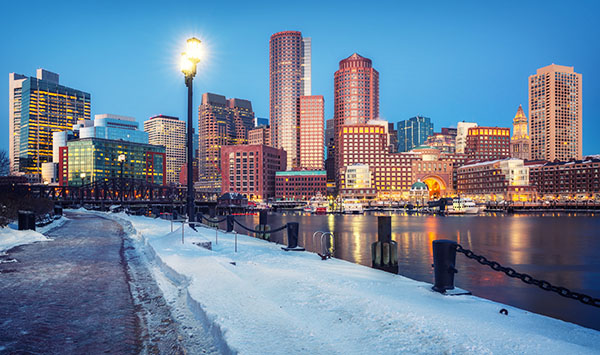 Boston residents have an average credit score of 735, or excellent. The average credit card debt per borrower is less than $5,200 in Boston which is considerably lower than the national average. Unemployment around the state stood at over 7% in 2019. In 2019 the median household income across Massachusetts was over $64,000 during this time.

The maximum interest rate that a collection agency can charge in the state of Massachusetts is 6%. Wage protection in the state protects $125/week and is 75% by federal laws. Statute of limitations is 6 years in Boston for oral agreements, written contracts, open credit card accounts, and promissory notes (with up to 20 years for promissory notes if the agreement was signed before a witness).

Different Methods of Debt Relief in Boston and Massachusetts

There are a variety of different debt relief options open to consumers living in Boston, Massachusetts. Below are a few of these methods for relieving debt and the advantages & disadvantages that each can offer.

Balance transfer cards are credit card accounts with low-interest rates that allow a debtor to transfer their high-interest unsecured debts to the balance transfer card & save money on interest. This can be hugely beneficial to debtors who are losing much of what they are paying each month to interest.

These cards can have a couple of disadvantages. The first is that if the new balance transfer card is not paid off within the promotional window, then the interest rate bounces back to being what it normally would be (which is often not low). The second disadvantage is that many balance transfer cards require a good or above average credit score to be able to open, something which many consumers seeking debt relief may not have.

Debt management plans & credit counseling programs entail making payments to a debt relief agency who then distributes the payments amongst a debtor’s creditors. This form of debt relief can offer lower interest rates and help to organize monthly payments for unsecured debts into a single payment, but debtors should be careful of hidden fees with these types of programs as they are not uncommon.

With a debt management program, a credit counseling agency may be able to negotiate with creditors to lower the interest rates which can make it easier for a debtor to keep up with their monthly payments, but unlike settlement or bankruptcy, credit counseling does not work to reduce the principal balance of debt.

Debt consolidation involves taking out a low-interest loan and using the capital from that loan to repay other unsecured debts that have higher interest rates. This can be a much better alternative to making minimum payments to pay off a debt, but these types of loans can also be difficult to qualify for and do not work to reduce the principal debt balance either.

A Boston Debt Settlement program is a method of debt relief that works to reduce the interest rate and principal debt balance of a consumer’s unsecured debts. This involves either the debtor or a settlement firm negotiating with creditors to strike a deal which could result in much lower interest rates and a 25-60% reduction of in principal debt. The most effective debt negotiators leverage well-developed relationships with creditors to get their clients the biggest discounts in the industry.

This method of debt relief can be one of the quickest paths to attaining freedom from unsecured debt, can also come with some risks. The potential disadvantages with using settlement are that these programs can be more damaging to your credit than other forms of debt relief, but not as much as bankruptcy, and that there can be a risk of creditors filing lawsuits for nonpayment or not being willing to negotiate the debt in the first place. 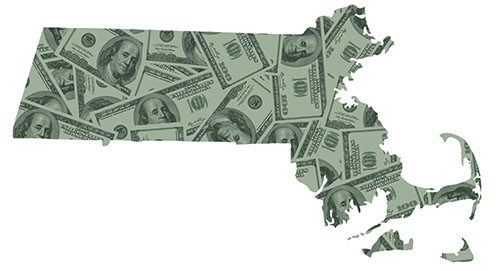 Filing for Bankruptcy in Boston, Massachusetts

Bankruptcy may be the last resort option for many consumers, but if creditors are past the point where a settlement can be negotiated, it could be the best debt relief option for clearing a portion or all debt from your name. Bankruptcy can put an immediate stop to the creditor collection processes, but a debtor may still be held responsible for repaying a portion of their debt depending on the type of personal bankruptcy that is filed. The biggest disadvantage with bankruptcy is that it can create significant damage to a debtor’s credit profile for years afterward.

Negotiating debt in Boston is a process that is often handled by a settlement firm on behalf of the debtor. The debt relief agency or settlement firm will reach out to creditors to see if a deal can be worked out to settle the debt for less. A portion of the amount reduced from the debt principal is paid out to settlement firm as payment for their negotiation services which is collected after the settlement is completed.

Settlement can be an extremely effective form of debt relief because many creditors would rather be repaid a portion of what they’re owed rather than getting nothing back when a debtor files for bankruptcy.

Start Your Journey to Freedom from Debt in Boston, Massachusetts Today

Being buried under a mountain of debt can have a major impact on your wallet, your relationships, and even your health. If you’re struggling to make minimum payments each month, then we highly encourage you to take the time to explore the different debt relief options which could help you get back on your feet financially. Contact us at New Era Debt Solutions to speak to a debt expert today.