Millions of Americans find themselves with more debt than they can handle every year. If a majority of your debt is unsecured debt, then Indianapolis debt settlement could be a better alternative to bankruptcy for your financial situation. 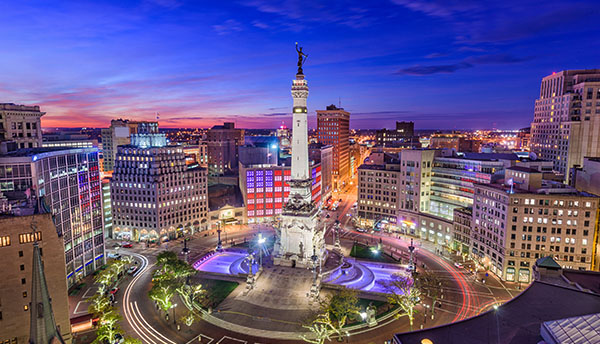 Different Methods of Debt Relief in Indianapolis and Indiana

There are a variety of different paths of debt relief open to those in Indianapolis, Indiana. Below are a few of the of the most commonly used methods that debtors in Indiana make use of.

Balance transfer cards are low-interest credit card accounts that allow a debtor to transfer their balance from high interest unsecured debts for little no cost and then pay it off to save money on interest payments. However, these cards come with a couple of key disadvantages for debtors. First, if the transfer card balance is not paid off by the expiration of the promotional window, then the interest rate bounces back to being a high number. Secondly, balance transfer cards can come with a high credit score requirement which many debtors seeking relief from their debts may not have. 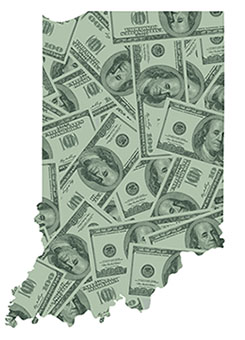 Credit counseling is an often-free method of debt relief that involves working with a debt management company to organize debts and work to create a plan to tackle them. Debtors should be careful of hidden fees with these types of programs as they are not uncommon.

With this form of debt relief, a credit counseling agency may be able to negotiate lower interest rates for unsecured debts. This can make it easier for a debtor to keep up with their monthly payments, but unlike some of the other debt relief methods, debt management does not reduce the principal debt balance.

Debt consolidation loans in Indiana can reduce the amount of interest a debtor is paying for their debts. This is done by taking out a loan with a low-interest rate and then using the capital to pay off other unsecured debts which have a higher interest rate. This can be a much better alternative to making minimum payments to pay off a debt, but these types of loans can also be difficult to qualify for and do not work to reduce the principal debt balance either.

Indianapolis Debt Settlement programs emphasize reducing the principal debt balance in addition to the interest rate. These programs involve negotiating with creditors to strike a deal which could result in a 25-60% reduction of the overall balance of debt and lower interest rates. This method of debt relief can be one of the quickest paths to attaining freedom from unsecured debt, but is also paired with some level of risk.

The most effective debt negotiators leverage well-developed relationships with creditors to get their clients the biggest discounts in the industry. The disadvantages to settlement are that these programs can be more damaging to your credit than other forms of debt relief, but not as much as bankruptcy, and that there can be a risk of creditors filing lawsuits for nonpayment.

Filing for Bankruptcy in Indianapolis, Indiana

Almost no one wants to file for bankruptcy, but if creditors are past the point where a settlement can be negotiated, it may be one of the only options for clearing debt from your name. Bankruptcy stops the collection process immediately, but a debtor may still be held responsible for repaying a portion of their debt depending on the type of bankruptcy that is filed. This process can also create significant damage to a debtor’s credit profile for years to come.

Indianapolis debt negotiation is a process that is often done by a settlement firm on behalf of the debtor. The debt relief agency will reach out to creditors to see if a deal can be made to reduce the debt principal and the interest rates. After a deal is struck, the agency will often pay out the deal, and the debtor pays them back over time. A percentage of the forgiven debt is paid out to settlement firm as payment for their negotiation services which is collected after the settlement is complete.

This form of debt relief is effective because many creditors would rather be paid a portion of what they’re owed rather than getting nothing back from a bankruptcy proceeding. 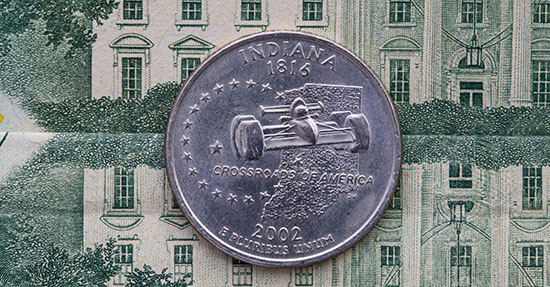 Start Your Journey to Freedom from Debt in Indianapolis, Indiana Today

Carrying a large burden of debt has a huge negative impact on your relationships, your wallet, and even your health. Taking the time to explore which options are available to you could change the path of your financial future for the better.

If you’re struggling with debt in the Indianapolis are, then we encourage you to speak with a debt relief expert who can help you figure out the best option for your situation. Contact us at New Era Debt Solutions to get started today.