Debt settlement is an alternative to bankruptcy that has allowed thousands of California residents to free their finances of the burden of unsecured debts. If you’re falling behind on payments, New Era Debt Solutions can help you find a debt relief solution in San Francisco that can ease the pressure and help you get back on your feet. 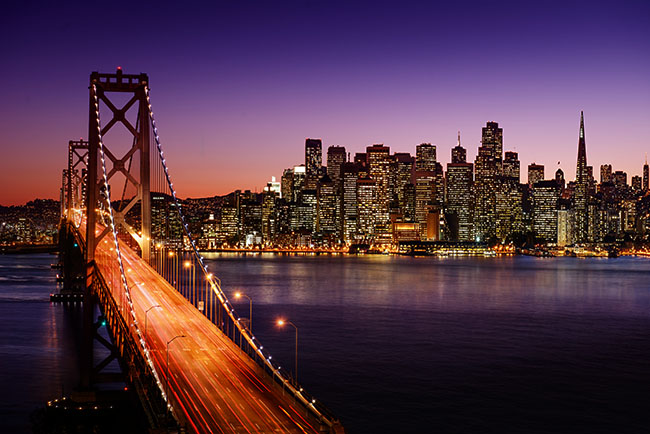 San Francisco has one of the worst debt burdens per tax payer in the country, only beaten by Dallas, Philadelphia, Chicago, and New York City. Each taxpayer’s share of the debt burden is nearly $17,000. This means that each San Francisco taxpayer would have to pay the government this amount to get the city out of its current debt load. This is an improvement over previous years where the debt burden got up to $22,000 per taxpayer.

More than 700,000 owe residents in the bay area owe money on their student loans. The average student debt per borrower was over $36,000 in 2018 and the default rate had grown to just above 9%, over double what it was years prior.

A number of different paths are available for those in San Francisco to get relief from their unsecured debts. Here are a few of the different options commonly used in California:

Balance transfer cards help debtors save in interest payments by allowing them to transfer their unsecured debts to a low-interest credit card. The disadvantage with balance transfer is that they typically have high credit requirements because of the low interest offered and may be out of reach for those with lower credit scores.

Credit counseling can help debtor manage their debt more effectively with advice from financial experts. These programs are often free and credit counselors may even be able to negotiate lower interest payments on your behalf. The downside to debt management is that it is limited to treating the interest rates cannot reduce the principal debt balance.

Debt Consolidation loans allow a debtor in San Francisco to take out a low-interest loan to repay their debts. This form of debt relief is similar to a balance transfer card in that it can help reduce the amount that is paid into interest rather than the principal debt, but the down side is that consolidation does not work to treat the principal balance of debt, only in reducing the burden of interest.

San Francisco debt negotiation is unique from first three debt relief options in that it can reduce the principal debt balance, not just the interest rate. Settlement can reduce the principal debt balance by up to 60% in the best cases and can help debtors save significant amounts in interest payments as well. Negotiation does have a couple of disadvantages as it is more effective for certain types of debts than others and not all creditors are willing to negotiate. The advantages can heavily outweigh the potential downsides in that settlement can offer one of the quickest routes to freedom from debt when it is done correctly.

Bankruptcy is often the last option on the list for many of those stuck in debt, but it can be the most effective option if creditors are past the point of wanting to settle. Filing for bankruptcy can immediately stop the collection process, but a debtor may still have to repay some or all of their debt depending on which type of bankruptcy is filed. Additionally, bankruptcy is often more damaging to your credit than settlement is.

Debt settlement is a form of negotiation that works to reduce the amount a debtor has to repay in both the principal and interest. This payment can amount to much less than the original amount owed with debtors only having to repay 40-50% of the principal debt in the best-case scenarios. Once the creditor has received the full payment, the debt is considered to be fully repaid, but it does go onto your credit history that it was settled rather than paid off normally.

Generally, settlement is a viable debt relief option as creditors will agree to negotiate at least some form of repayment rather than losing the entire debt in a debtor files for bankruptcy instead.

Benefits of Negotiating Debt in San Francisco with New Era

Start Your Journey to Freedom from Debt in San Francisco Today

If you’re in need of debt help in California, contact New Era for a free analysis with a debt expert. Let us show you how much time and money you can save with the right type of debt relief solution for your financial needs. Contact us at New Era Debt Solutions to figure out your options for debt relief in San Francisco.