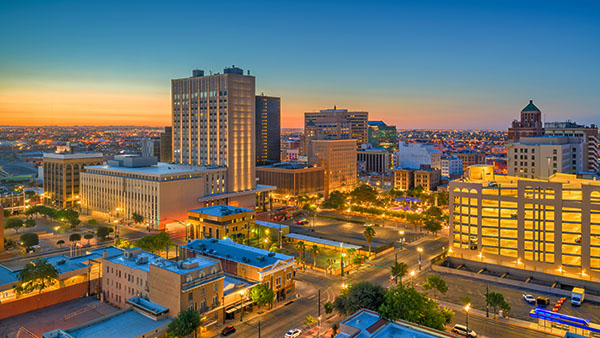 El Paso debt settlement is a method of relieving debt that thousands of consumers throughout Texas have used to clear their names of unsecured debts such as credit cards and personal loans. Settlement is available in many cities of Texas such as El Paso, Dallas, and Houston. If you feel that you’re in over your head in monthly payments, settlement or negotiation could be an option for you to help ease the burden and get you back track financially.

The city of El Paso owes over $1.5 billion dollars in debt. Its assets fall around $770 million short of being able to pay off the debt, leaving each taxpayer with a debt burden of $3,900 if they were made responsible for bridging the gap. Only 27 other cities across America have a similar debt profile.

Households average nearly $43,500 in annual household income in El Paso, but residents in the city have an average credit score that puts them in the top 10 worst cities in the country for credit.

The Statute of Limitations in El Paso, Texas is 4 years, meaning that a creditor has 4 years to collect on a debt before it is no longer legally allowed to continue to go after repayment.

In Texas, there are many options that debtors have for reducing their interest rates and even lessening the principal debt balance. Here are 5 of the most commonly used methods of debt relief in El Paso.

Balance transfer credit cards offer debtors the option of moving their unsecured debts to a loan with lower-interest. If a debtor can qualify for one of these cards, they can use that credit to pay off their existing unsecured debts, leaving them with a monthly payment that can be substantially lower due to reduced interest rates. The main drawback with balance transfer cards is that they can be difficult to qualify for without an average to good credit score, a requirement which many taxpayers in deep debt may not be able to meet.

Similarly to balance transfer cards and credit counseling, the disadvantage with consolidation is that it only treats burden of interest and cannot reduce the principal balance of a debt.

El Paso Debt Settlement is different from both consolidation and counseling in that it can work to reduce the principal debt balance in addition to negotiating lower interest rates. So, a settlement can reduce the amount that a debtor has to pay in interest and lower the original debt that they were trying to repay by up to 50%.

Benefits of Negotiating Debt in El Paso with New Era

Start Your Journey to Freedom from Debt in El Paso Today

If you’re in need of debt help in Texas, contact New Era for a free analysis with a debt expert. Let us show you how much time and money you can save with the right type of debt relief solution for your financial needs. Contact us at New Era Debt Solutions to figure out your options for debt relief in El Paso.