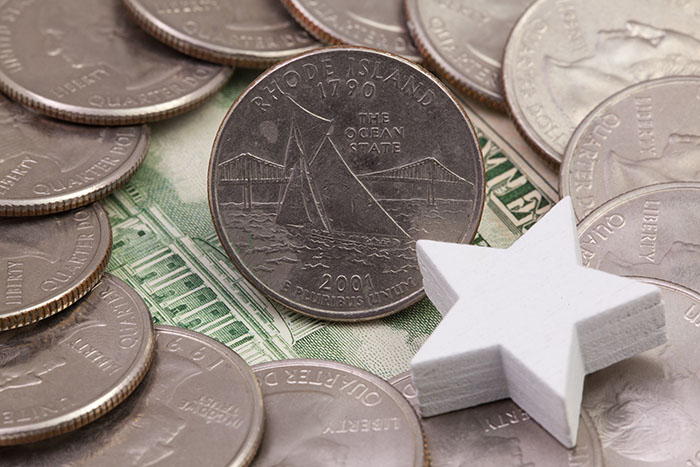 Weigh Your Options for Debt Relief

Below are some of the most commonly used forms of debt relief.

Making minimum payments can seem like a solid idea when you’re in a pinch, but this is often the worst strategy for repaying a debt. This form of debt relief often takes the longest and can also be the costliest as interest continues to accrue until the debt is paid off.

Credit counseling programs are a form of debt management that involves working with a counseling agency to organize & repay debts. Typically, a single monthly payment is made to the counseling agency and they communicate with and distribute funds to credits on your behalf. Ideally, lower interest rates can be secured in the process, but this is not always the case. These programs often take between 3-5 years to complete and you are still left responsible for repaying all of the debt and any interest, but they are usually offered for free.

Debt consolidation is a form of debt relief that involves taking out a loan or credit card that is paired with a low interest rate and using that extra cushion to pay off other unsecured debts that have higher interest rates. In theory, this leaves you with a single monthly payment that amounts to less than what was being paid for, but if the consolidation loan is not repaid within the promotional window, then the interest could bounce back to a much higher rate. Consolidation loans can also be hard to qualify for with average credit, so this is not the type of debt relief that will work for every Rhode Island consumer.

Debt settlement is unique from the aforementioned relief options in that it can reduce the principal debt balance in addition to the interest rates. With a lower sum of debt and interest building at a slower rate, Rhode Island debt settlement can generally be a less expensive and quicker option for relieving debt than either debt consolidation or counseling.

Bankruptcy may be an inevitable outcome for consumers in Rhode Island that have creditors who are no longer willing to negotiate a settlement. A formal declaration of bankruptcy stops the creditor collection process and some or all of the unsecured debt is cleared from the debtor, but their ability to borrow is severely inhibited for years afterward.

Figure Out Your Financial Situation

Loss of income, medical issues, and divorce or separation are some of the most common causes of debt in Rhode Island. Each of these situations creates legitimate financial hardships that can wreak havoc on a household budget and can happen to any consumer through no fault of their own.

If you’re being buried in debt and have found yourself in financial trouble because of a hardship circumstance, but you would prefer to work the situation out with creditors rather than declare bankruptcy, then Rhode Island Debt Settlement may be able to provide an ethical & honest form of debt relief.

Debt Settlement is an aggressive approach to debt relief and it can present an occasional challenge. It is not a “free lunch” system for those who want to skip out on paying their bills. Your ability to stay the course, even when the road gets a little bumpy, is often the most important factor in determining how successful your settlement efforts are. For those who are willing to stick to the plan until the settlement has been made, a debt settlement program can get you through your financial difficulties faster and at a lower cost than nearly any other debt relief option in Rhode Island.

Most types of unsecured debt can be negotiated such as personal credit lines, repossession deficiencies, signature loans, financing contracts, department store cards, miscellaneous bills, and more. However, the largest reductions in principal debt balance are most often obtained from credit card debts; so, if most if a good portion of your debt is from credit cards, then you can anticipate good results from participating in a Rhode Island debt settlement program. 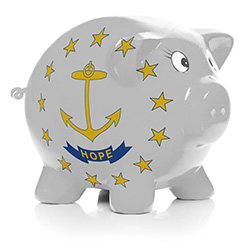 Debt Settlement is a process of negotiating with creditors to work out a repayment deal that amounts to less than the balance owed (principal) on unsecured personal debt accounts. This is vastly different from what Debt Consolidation and Credit Counseling do, as these strategies only affect the interest rates and not the total debt balance.

By reducing the debt balance, Debt Settlement provides a much faster means of handling your debt in Rhode Island. Most creditors are willing to accept payments of much less than the balance owed to close out an account rather than lose the entire amount in a bankruptcy proceeding.

New Era negotiators are experts at getting you some awesome deals in Rhode Island, but the offers don’t last forever. The most successful debt settlement clients in Rhode Island are ready and willing to respond immediately.

This list is not exhaustive. Be sure to check with your Rhode Island debt counselor.

By asking a debt settlement firm these 14 important questions, you can pick apart the good ones from the bad ones right away. Additionally, it’s always a good idea to check the company’s profile with the Better Business Bureau (BBB) to see their average review rating and complaint history with other consumers from Rhode Island.

New Era Debt Solutions has an A+ rating with the BBB and a solid track record of successful settlements that dates back to 1999. Our team of debt experts has settled over $250,000,000 in debt and worked with thousands of clients from many states all around the country. Take a look at our Testimonials page to see what other clients have had to say about our programs.

No Fees Upfront. A Debt Settlement company cannot legally charge you fees upfront as per an FTC ruling effective October 27, 2010. So, any company trying to charge you upfront before the settlement deal has been made is not only acting unethically, they are breaking the law.

Consumers in Rhode Island can get a FREE analysis of their debt. We will show you how much time and money you can save. Contact New Era Debt Solutions to get started.