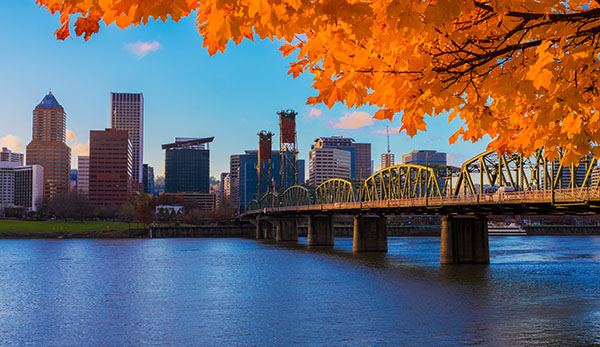 Portland Debt Settlement, debt consolidation, and debt management programs can offer debtors a way of clearing their name and getting back on their feet financially.

However, the Portland city government owes over $4 billion in debt, leaving each taxpayer with a burden of nearly $19,000 if they were made responsible for covering the debt. This is one of worst debt burdens in the country, only being topped by cities such as Philadelphia, Honolulu, Chicago, and New York City.

The Statute of Limitations in Portland, Oregon is up to 6 years for debt collections.

Those seeking to relieve their debts in Portland have access to many paths to financial freedom. Below are some of the most commonly used debt solutions in Oregon.

A balance transfer cards offer low interest rates for debtors who can repay the debt within the promotional window. These types of cards often have no transfer fees and can help a debtor lose less in interest payments, allowing smaller monthly payments and less burden from the debt. Balance transfer cards can have high credit requirements because they pose more risk for the lender with such low interest rates. These cards can also lose their special interest rate if the debt is not repaid during the promotional window.

A credit counseling program offers a guided approach to repaying debts which can help a debtor organize their monthly payment priorities and may be able to help them secure lower interest rates for their debts as well. In a typical debt management program, a monthly payment is made to the debt counseling agency who then provides the payment to creditors. Many debt management programs are free, but debtors should always be on the look out for firms trying to tack on hidden fees for this type of service.

Debt consolidation allows a debtor to pay off higher-interest unsecured debts and save on interest in the long run. Consolidation loans have low interest rates that can help reduce the extra burden of interest substantially and organize the debt repayment process by combining many or all of a debtor’s monthly payments into a single one. The main issue with securing a debt consolidation loan can be the steep credit requirements.

Although we no longer offer debt settlement services throughout Oregon, this is a breakdown of how our debt negotiation process works when enrolled in a settlement program at New Era.

Portland Debt Settlement is a form of debt relief that uses negotiation to reduce the principal balance of unsecured debts and lower the interest rates. Settlement is unique from most other forms of debt relief in that it can reduce the principal balance of debt by over 50%, leaving a debtor with a much smaller sum of debt to repay. This is why debt settlement can be one of the quickest paths to financial freedom, but it also carries some risk.

If a creditor is no longer willing to negotiate the repayment of a debt, settlement may no longer be a viable option for relieving that debt. It is always a good idea to consult a debt expert before making any decisions on which method of debt relief is right for you.

Filing for Bankruptcy in Portland

When a debtor files for bankruptcy in Oregon, it puts an immediate stop to debt collection processes, but they may still be responsible for repaying some or all of the debt based on which type of bankruptcy is filed. Bankruptcy can be more damaging to your credit profile than settlement, but it can be a viable option for those who have little no other options.

How Debt Settlement Works in Portland

Experienced debt settlement firms have well-established connections with creditors from all around the country. This can lead to favorable settlement deals for the debtor where up to 60% the principal debt can disappear in the best-case scenarios. Once the repayment has been received in full, a small portion of the forgiven debt is paid to the settlement company as a fee for their negotiation services. Settlement does clear debt from your credit history, but it does leave an asterisk by the debt noting that it was settled.