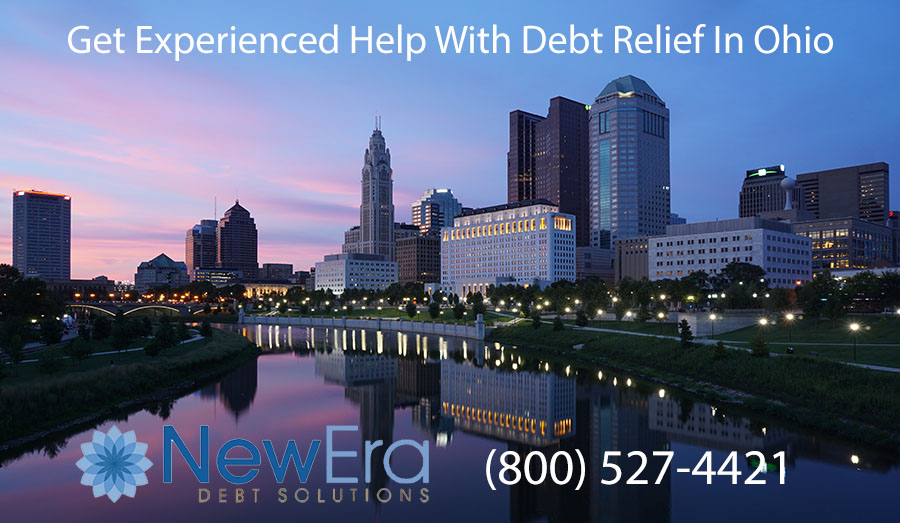 The laws of the Fair Debt Collection Practices Act (FDCPA) help to protect Ohio consumers in a number of ways including limiting the maximum interest rate a collection agency can charge to equal the value of the federal short-term rate to the nearest whole percent + 3% (which would currently be 6%). The wage protection in Ohio is currently 75% of weekly earnings after income tax or a value equal to 30x the hourly minimum wage set at the federal level.

For Ohio consumers, the statute of limitations sets the maximum time limit that a collection agency has to collect on a debt after it becomes delinquent. The length of time varies based on what type of debt is taken on and includes:

The Process of Negotiating Debt in Ohio

Debt Settlement is a form of debt relief that works by negotiating down the balance owed (principal) on unsecured personal debt accounts. Unlike Debt Consolidation or Credit Counseling, a settlement is able to bring down more than just the interest rate.

By finding a compromise with your creditors, Debt Settlement can provide a much faster means of handling your debt in Ohio when compared to other types of debt relief available. Most banks & financial institutions are willing to accept much less than the total balance owed because the alternative is that they may lose the entire amount in a bankruptcy proceeding.

These types of debt are eligible for inclusion in a New Era Debt Settlement Program:

The following types of debt are typically not eligible for Ohio debt settlement:

This list is not exhaustive. Be sure to check with your Ohio debt counselor.

Below are brief descriptions of five debt relief methods that are used in Ohio.

If you can make minimum monthly payments, you may feel you’re doing the right thing by continuing that same path. But this just may be your worst strategy.

2. Enroll in a Credit Counseling or Debt Management Program.

Credit counseling is a type of debt management plan (DMP) where a single monthly payment is made to a credit counseling firm who then distributes the money to your creditors on your behalf. The benefit of this type of debt relief is that the counseling agency is often able to work out a lower interest rate with creditors so the debt can be paid off more quickly. The disadvantage is that you still end up paying back 100% of the principal debt plus the interest. The design of these programs results in 3 to 5-year repayment plans which have low completion rates in many states including Ohio.

Debt consolidation is a type of debt relief where a debtor takes out a larger loan with a low-interest rate and then uses that money to pay off their unsecured loans with higher interest. Again, this type of debt relief does not work to reduce the principal balance, but only to reduce the amount of interest being accrued over time. When setting up with favorable terms and rates, this type of loan can help a debtor reduce their monthly payments into something more manageable. The real downside to debt consolidation is that the loans can be quite difficult to qualify for depending on your credit history. 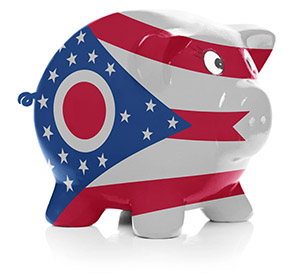 For the individual who cannot meet his or her debt obligations in Ohio, bankruptcy may be unavoidable. A formal declaration of bankruptcy stops the creditor collection process, and the debtor no longer owes some or all the unsecured debt.

Most debt problems in Ohio are caused by loss of income, medical issues, or divorce / separation. These are legitimate financial hardships that can happen to anyone through no fault of their own, and anyone of these situations can wreak havoc on a household budget.

Debt Settlement system is not a “free lunch” for people who don’t feel like paying their bills. If you are over your head due to a hardship circumstance, and you’d prefer to work things out with your creditors rather than declare bankruptcy in Ohio, then Debt Settlement can provide an honest and ethical debt relief alternative.

Debt Settlement is an aggressive approach to debt relief; and, as such, it presents an occasional challenge. Your level of commitment to staying the course, even when the road gets a little bumpy, often determines success. For those who are willing to see it through, debt settlement can get you through your financial difficulties faster and at a lower cost than any other debt relief option in Ohio.

New Era has been helping Ohio consumers become debt free since 1999. We’ve settled more than $250,000,000 in debt and worked with thousands of clients. But don’t take our word for it. Visit our Testimonials page to read or listen to our clients’ stories in their own words.

Consumers in Ohio can get a FREE analysis of their debt. We will show you how much time and money you can save. Contact New Era Debt Solutions to get started.