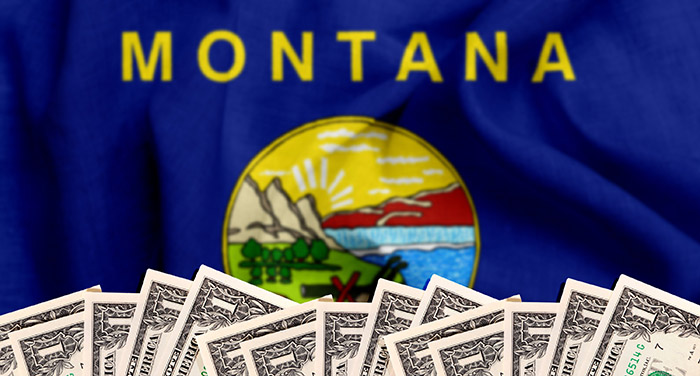 Below are brief descriptions of the various types of debt relief programs that are commonly used in Montana. Learn about what these programs are about, how they work, and what you can expect if you choose to take part in them.

Making minimum monthly payments is often the worst path one can take to becoming debt free. Following this plan, debtors end up paying absurd amounts of extra cash into the interest for the debt rather than paying down the debt itself. If you’re struggling to make minimum monthly payments, then the first thing you should do is speak to a debt expert about what your best options are. Feel free to give us a call at New Era for a free consultation. 800.527.4421

Debt management plans and credit counseling programs involve working with a debt relief/counseling agency to organize your debts and get the books balanced again. Many of these programs offer free advice to debtors and may even try to work with creditors to reduce the debtor’s interest rates, but many other credit counseling agencies try to charge for their services and may not even offer valuable insight to help relieve the debts. Credit counseling may be able to offer some amount of reduction on interest rates, but the debtor still ends up paying back all of the principal balance on top of any interest that has accrued over time. On top of this, a debt management plan can take up to 5 years to work through and most never complete them in Montana.

Debt consolidation is a debt relief plan that involves taking out a larger loan or balance transfer card that has low interest rates and using that immediate injection of cash to pay off other loans that have higher interest rates. In theory, consolidation can leave a debtor with a single monthly payment that is lower than what was being paid for before. The advantage is that debtors can potentially save huge amounts on interest payments if they can qualify for a balance transfer card or a consolidation loan, but the disadvantage is that these types of loans can have steep qualifcation requirements. Consolidation also only works to reduce the interest and cannot offer a lower principal balance like some other forms of debt relief can.

As previously mentioned, settlement is unique from all of the aforementioned options as it can reduce the original debt balance in addition to lowering interest rates. With a lower principal balance, less interest is accrued and the debt can be repaid in much less time. When compared to consolidation or counseling, settlement can offer the most affordable option in terms of the total amount of capital that has to be repaid and the time it can take to get your financial freedom back.

Bankruptcy is a formal declaration that puts an immediate stop to the collection efforts that have been brought against a debtor. In the process, the debtor is cleared of some or all of the unsecured debt they owed, but the cost they pay is also significant in terms of the amount of damage that’s done to the debtor’s credit profile as a result. Bankruptcy seems like an eventuality for many debtors who continuously find themselves in financial trouble, but debt settlement should always be considered as a viable option first unless creditors are no longer willing to negotiate.

The Basics of Montana Debt Settlement

How Does Montana Debt Settlement Work?

When a debtor files for bankruptcy, the creditor who offered the line of credit to the debtor loses out on the right to pursue most, if not all, of the repayment they were owed on the debt. For creditors, a settlement where at least some of the debt is repaid is a better alternative than losing it all to bankruptcy. With this in mind, many creditors are often willing to negotiate a settlement deal that benefits both parties instead of engaging in a lengthy lawsuit to recover the funds or losing them all in a bankruptcy proceeding anyways.

This list is not exhaustive. Be sure to check with your Montana debt counselor.

Figure Out What’s Best for Your Financial Future

Are you burdened by a legitimate financial hardship?

Loss of employment, emergency medical costs, and divorce/separation the most common issues that cause people to go into debt in Montana. Each of these constitutes a legitimate financial hardship that can happen to almost any consumer without it being their fault, and any one of these conditions can create serious financial problems for the household budget.

If you are over your head due to a hardship circumstance, and you’d prefer to work things out with your creditors rather than declare bankruptcy in Montana, then Debt Settlement can provide an honest and ethical debt relief alternative.

New Era negotiators are experts at getting you some awesome deals in Montana, but the offers don’t last forever. The most successful debt settlement clients in Montana are ready and willing to respond immediately.

Do you have the commitment to stay the course until you are debt free?

Debt Settlement is not a “free ride” for Americans who simply don’t feel like paying their bills. It’s an aggressive approach to debt relief that requires a strong level of commitment to make it work, and even when the road gets a little bumpy, your ability to stay committed to the plan is often the biggest factor in how well you do in the program. For those who have the will to see it out until the end, debt settlement can be a great option for getting quick & low-cost debt relief in Montana.

Is your debt mostly comprised of credit cards? 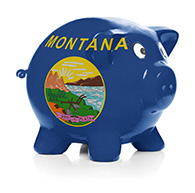 Debt settlement can negotiate a huge number of unsecured debts including financing contracts, signature loans, personal credit lines, repossession deficiencies, department store credit accounts, unsecured bills and even some others. However, the best settlement deals are often reached with credit card debts; so, if a majority of your debt is from unsecured credit card accounts, then you can expect good results from participating in a settlement program.

Is New Era the Right Settlement Company for Me?

If you’re wondering if a settlement company is worth working with, start by asking these 14 important questions. After that, it’s a good idea to put some time into researching the company’s complaint history and overall rating with consumers in Montana at the Better Business Bureau (BBB).

New Era Debt Solutions has maintained a solid A+ rating with the BBB for years and has worked with thousands of consumers across the United States to settle more than $250,000,000 in debt for our clients in the 20+ years we’ve been in business. Feel free to read through our Testimonials to see if we can provide the type of settlement experience you’re looking for.

What Makes New Era Different than Other Settlement Firms?

Get Started with Montana Debt Relief

If you’ve found yourself in trouble with debt and are looking for experienced help, get in touch with a debt expert at New Era for a FREE debt analysis. We can sit down with you and show you exactly how much money & time can be saved with the right debt relief program. Contact us to get started.