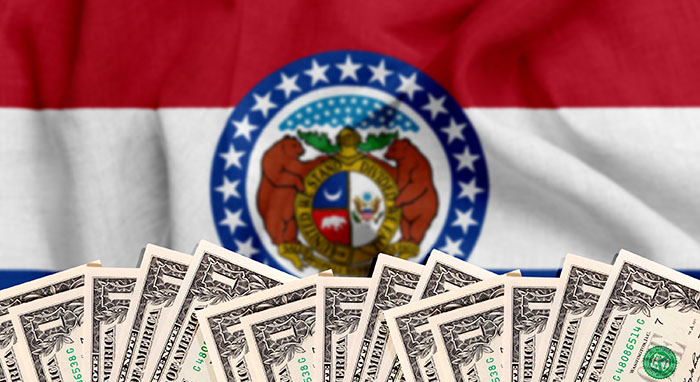 Missouri Debt Settlement – How Does it Work?

In Missouri, debt settlement is a form of debt relief that works by negotiating a closeout payment for unsecured personal debt accounts. Through discussion with creditors, the principal debt balance can be substantially reduced, giving a debtor much more financial breathing room and a better chance of getting back on their feet quickly.

By negotiating the balance, Debt Settlement provides a much faster means of handling your debt in Missouri. Most creditors are willing to accept payments of much less than the balance owed to close out an account rather than lose the entire amount in a bankruptcy proceeding.

With years of experience negotiating and building relationships with major credit establishments, our team of debt experts may be able to land you a great deal on reducing your unsecured debt in Missouri, but the offers we receive don’t last forever. The most successful debt settlement clients are the ones who are willing to take action promptly.

Types of debt reduced with a Debt Settlement Program:

This list is not exhaustive. Be sure to check with your debt counselor for more specifics.

Below are some of the more commonly used methods of debt relief in Missouri.

It may feel better than nothing to make minimum monthly payments, but this may be the worst strategy for getting rid of a debt. With minimum payments, most of the payment goes back into the interest rather than paying off the debt, so it takes much longer to pay it off taking this route.

Debt management or credit counseling plans involve working with a counseling agency to handle your debt. Typically, payments are made to the counseling agency and those payments are then  distributed to creditors on the debtor’s behalf, ideally after the agency has negotiated lower interest rates with those creditors. With debt management programs, debtors still end up having to pay back all of principal debt over 3-5 years, but they may be able to save if lower interest rates have been secured in the process.

Debt consolidation involves taking out a large loan to pay off all other debts, replacing all existing debts with one from a single source. A debt consolidation loan can be beneficial if it has lower interest rates than the loans it was used to pay off, saving debtors loads in interest that would have been lost to high rates otherwise. They can also help to organize all of one’s debts into a single payment, but they may not always be easy to secure. Debt consolidation cards and loans often require higher credit ratings to get approval for since they have such low interest and they can’t work to reduce the principal debt balance any more than counseling can.

Missouri Debt Settlement is different from the first 3 options in that it can actually lessen the interest rates and the principal balance. With some debts being reduced in principal by up to 50%, settlement can offer the potentially quickest way to financial freedom when compared to consolidation or counseling, but it’s most effective when used to reduce unsecured debts specifically.

A formal declaration of bankruptcy puts a stop to collections process and the debtor is relieved of some or all of their unsecured debts, but bankruptcy does extensive damage to your credit profile for at least 7 years. This form of debt relief is relatively immediate, but can severely hinder your ability to borrow using credit for years to come.

Figure Out Your Options for Relief

Is there a legitimate financial hardship that’s troubling your budget?

Across the country, most debt is caused by divorce, separation, medical issues, some of the combination of these. Each of these situations can create a legitimate hardship that can be difficult to overcome financially. These types of events can put serious strain on a household budget and can happen to anyone through no fault of their own.

Debt Settlement can offer a solution to debtors who have unfortunately found themselves in deep monetary trouble, but it is not a “free lunch” for those who simply don’t feel like paying their bills. But for those who are looking for an alternative to bankruptcy in Missouri, a team of expert debt negotiations may be able to help provide an honest & ethical route to financial freedom.

Are you truly committed to getting relief from your debt?

Debt Settlement is a form of relief that requires a solid level of commitment to staying the course. Even when the road gets a little bumpy, those who are able to keep their eyes on the finish line are the ones who are most likely to succeed with debt settlement. For those who stick it out until the end, Missouri debt settlement can be the fastest & lowest-cost option when compared to consolidation or counseling.

Most types of unsecured debt can be negotiated down with the right connections. If the majority of your debts are from lines of credit such as personal credit cards, signature loans, department store cards, repossession deficiencies, financing contracts, or  miscellaneous bills, then you can typically expect a good result from the debt settlement process.

We’ve been in the the business of settling debts for over two decades and can tell you how to separate the good debt relief companies from the bad by asking these 14 important questions. Checking a company’s profiles with the Better Business Bureau (BBB) for the company’s rating and complaint history with consumers in Missouri is always a good idea as well.

New Era has been accredited with the BBB since 2001 and has maintained an A+ rating for years. Our team has been helping debtors across Missouri gain freedom from their unsecured debts since 1999. We’ve settled more than $250,000,000 in debt and worked with Americans in many states of the country.

Check out our Testimonials page if you’d like to learn more about what it’s like to work with us.

What Makes New Era Different from Other Debt Relief Companies?

Experience. With the crash of the sub-prime mortgage industry in the 2000’s, many new debt settlement firms sprang up suddenly looking to cash out on the many debtors who were seeking relief. Many of these companies, which are still around today, lack the experienced and business connections to secure the best deals in debt settlement. When you’re looking for a debt settlement company, you should always look for those who have been around long enough to amass a solid track record of success. For example, New Era has been in business since 1999, and in that time, we’ve been able to settle more than $250,000,000 for our clients.

Contact a debt expert at New Era to get a FREE analysis of your situation. We’ll show you how much you can save with a great settlement deal. Contact New Era Debt Solutions to get started.