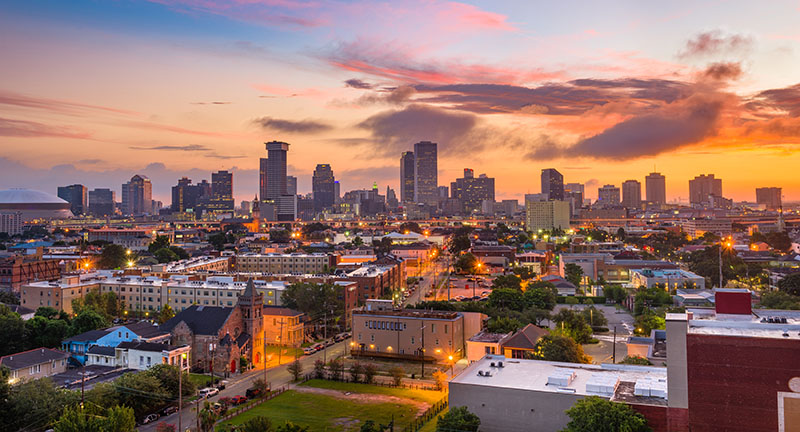 These are some of the debt relief methods that are most commonly utilized by Louisiana consumers.

While paying the minimum amount on a debt each month can there is at least some progress being made toward paying it off, paying only the minimum fees is often the worst strategy for relieving the debt. Minimum fee structuring is often designed to keep consumers in debt for longer and have them pay more in interest over time as very little is paid into the principal debt when only paying the minimum. 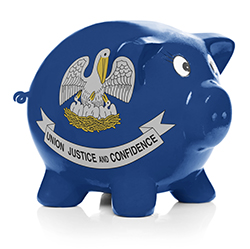 Working with a credit counseling agency can help you organize your debts and understand the most efficient way of repaying them. Typically with these types of programs, a debtor will make a single monthly payment to a debt management agency who will then distribute the funds to creditors on behalf of the debtor. Ideally, the counseling agency can secure lower interest rates in the process of working with your creditors, but the entirety of the principal debt and all interest that has accrued must still be repaid.

Debt consolidation is a form of debt relief that involves taking out a large loan or personal line of credit that has a low-interest rate and using the capital from that loan to repay other unsecured debts that have higher interest rates. This combines multiple monthly payments into a single one that can, in theory, be lower than the total of the previous total of monthly payments as the new loan is accruing interest at a much slower rate. While debt consolidation can lower the interest rates on unsecured debts, it is similar to credit counseling in that it can only reduce the interest rates and does not work to lessen the principal debt balance.

The key difference between debt settlement and most other forms of debt relief is that settlement can reduce the principal balance of debt in addition to lowering the interest rates. Through negotiation with creditors, you can end up owing significantly less in total, allowing you to potentially pay off debt more quickly & affordably than either debt consolidation or credit counseling could.

Bankruptcy is often looked at as the last-ditch solution for those who cannot find debt relief through any other route. If your creditors are no longer willing to negotiate a settlement and are trying to pursue a lawsuit, then bankruptcy may be a viable option for helping you get back to even. A formal declaration of bankruptcy stops the collection process initiated by creditors and some or all of the unsecured debt is erased depending on which type of bankruptcy was filed.

Figure Out the Best Solution for Your Finances

Has a legitimate financial hardship burdened your budget?

The majority of debt issues in Louisiana arise from a lost job, sudden medical emergency, or separation / divorce. Each of these situations can happen to any consumer through no fault of their own and create legitimate financial hardship that can wreak havoc on a household budget. If you feel like your debts are too much handle and you’d prefer to work things out rather than file for bankruptcy, then Louisiana Debt Settlement may be able to provide an ethical & affordable route back to financial freedom.

Are you committed to getting rid of your debts?

Debt Settlement may sound too good to be true, it is not “free lunch” for debtors who simply don’t want to repay their debts. It’s an aggressive form of debt relief that can present an occasional challenge. Your ability to stay the course, even when the road ahead seems a little bumpy, is often the most important factor in determining how successful your settlement goes. For those who can stand firm until the program is complete, debt settlement can be the fastest and lowest cost debt relief option in Louisiana.

Is a large share of your debt from credit card accounts?

With settlement, most forms of unsecured debt can be negotiated down such as miscellaneous bills, personal lines of credit, repossession deficiencies, signature loans, financing contracts, department store credit cards and more. Yet, the biggest debt reductions are usually obtained from credit card debts; so, if a good portion of your debt is from unsecured credit cards, you can often expect a good outcome when participating in a Louisiana debt settlement program.

How Does Louisiana Debt Settlement Work?

Debt Settlement is a process of negotiating with creditors to secure a reduced repayment deal. This form of debt relief can save you much when compared to Credit Counseling and Debt Consolidation , which only affect the interest rate and do not reduce the total debt balance. By negotiating the balance, Debt Settlement can trim off up to 60% of your unsecured debt in Louisiana while securing lowered rates of interest in the process.

Most credit establishments are willing to negotiate a reduced repayment in this fashion because is a better alternative to them losing the entire repayment if the debtor decides to file for bankruptcy instead of negotiate.

With over 20 years of experience working in the debt settlement industry, New Era negotiators are experts at landing our clients great settlement deals in Louisiana.

Debts That Are Able to Be Settled:

Debts That Do Not Qualify for Settlement:

These lists are not exhaustive. For more information, check with your Louisiana debt counselor.

Asking these 14 important questions can help you pick the good settlement firms apart from the bad ones. It is also always a good idea to look into the the company’s average customer rating and complaint history with the Better Business Bureau (BBB) to see what other Louisianans’ experiences have been like using their debt relief programs.

New Era Debt Solutions has maintained an A+ with the Better Business Bureau for years. In association with Consumer First Legal Network, our team of in-house debt experts has helped Louisiana consumers become debt free since 1999 and has settled more than $250,000,000 in debt for clients all across the country. Visit our Testimonials page to see what other customers have had to say about our settlement programs.

No “additional” fees. Some debt settlement agencies try to get around the law by charging for consultation fees, administrative fees, and signing fees which are solely designed get more money from you before the settlement is completed. Ethical debt settlement companies, such as New Era, only charge a single fee for settlement which is not paid until the debt has been settled.

Get Started For Free Today