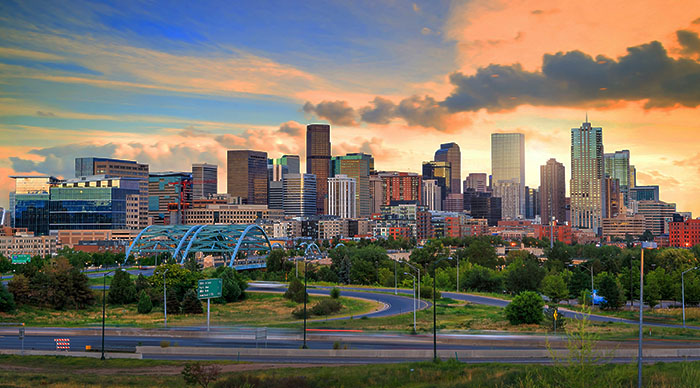 According to the latest Truth in Accounting report from September of 2020, Colorado’s state government owes over $5.4 billion in debt across its various bills. This debt leaves each taxpayer with a burden of close to $2,600 in order to repay all of the state’s debts.

While Colorado’s median household income ranks 12th among states in the U.S., it’s debt-to-income ratio per taxpayer is second in the nation only trailing behind Washington D.C. In terms of credit card debt, Colorado averages around $3,000 per consumer which makes it the 5th worst state for credit card debt in the country.

Here are brief descriptions of some of the debt relief programs that Colorado consumers can make use of.

Continuing to just make minimum monthly payments is a strategy for paying off debt, but it’s often the worst one to use. Taking this route often takes the most time and capital in the process of repayment.

Credit counseling is a form of debt relief that involves working with a debt management firm to organize & manage a repayment plan. With these programs, a debtor makes a single monthly payment to a counseling agency who then distributes the funds to creditors on behalf of the debtor, ideally while securing lower interest rates in the process. Debt management does not reduce the total of debt and you still end up paying back the entire amount in addition to interest. The downside with these programs is that they are typically designed to take between 3-5 years to complete and have low completion rates in the state of Colorado, but the advantage is that they are usually offered for free.

Debt consolidation is a form of debt relief that involves taking out a large loan with a low-interest rate and using those funds to pay off other unsecured debts that have higher interest rates. This consolidates multiple unsecured debts into a singular monthly payment that should be lower than what was being paid for before because of the reduced interest rates. Similarly to debt management, debt consolidation works to reduce the interest rate but does not work to reduce the principal debt balance, so the entirety of the debt and the interest still has to be paid off. The disadvantage with this form of debt relief is that consolidation loans and credit cards can be hard to qualify for. Additionally, the promotional, low-interest rates that are characteristic of these types of loans typically only last for a certain time period, and if the loan is not paid off during that window, the interest rate returns to being high.

Debt Settlement in Colorado entails working with creditors to negotiate a repayment settlement which is less than the total owed. When compared to consolidation or counseling programs, settlement is unique in the sense that is the only form of debt relief out of the three that can reduce the principal balance in addition to the interest rates. With a reduced balance of debt and lower interest rates, settlement can generally be the fastest and least costly option for getting out of debt in Colorado quickly.

5. Filing for Bankruptcy in the State of Colorado

For individuals who have creditors that are no longer willing to negotiate, bankruptcy can be a viable option for clearing their unsecured debts.

Bankruptcy can clear some or all of a debtor’s responsibility for repaying a debt, but does significant damage to their credit profile in the process. A formal declaration of Chapter 7 or Chapter 13 bankruptcy in Colorado puts a complete stop to the creditor collection process, but the debtor must deal with the long-term legal and financial consequences that come with these proceedings.

The Debt Settlement process works by negotiating out a settlement deal with creditors on your unsecured personal debt accounts. Again, this is different from Debt Consolidation or Credit Counseling which only affect the interest rate and do not reduce the total debt balance.

Settlement is an effective form of debt relief because creditors are willing to accept reduced payments on a debt as an alternative to losing the entire repayment if the debtor files for bankruptcy.

New Era debt negotiators have over 2 decades of experience working with creditors in Colorado, but the deals don’t last forever. The ones who are most successful in debt settlement are the ones who are ready and willing to respond & get started immediately.

Debt That do Not Qualify for Colorado Debt Settlement:

This is not an exhaustive list. Check with your Colorado debt counselor for more information.

Figure Out if Debt Settlement is Right for You

Are you burdened by a legitimate condition of financial hardship ?

A loss of employment, divorce, or sudden medical costs are some of the most common causes of debt in Colorado. Each of these situations creates a legitimate, financial hardship that can wreak serious havoc on a household budget, but each of these events can happen to anyone through no fault of their own.

If you are over your head due to a hardship circumstance, and you’d prefer to work things out with your creditors rather than declare bankruptcy in Colorado, then Debt Settlement can provide an honest and ethical debt relief alternative.

Are you committed to becoming free from your debts?

Debt Settlement is not a “free lunch” for those who don’t want to pay their debts. It’s an aggressive approach to debt relief that should be utilized by those who understand the risks and are willing to stay the course, even when the road gets a little bumpy, until they are free from their unsecured debts. For those who are willing to meet the challenges of Colorado debt settlement head on, a quicker & more affordable option than both consolidation and debt management can be found.

Personal lines of credit, department store cards, financing contracts, signature loans, repossession deficiencies, and miscellaneous bills are all debts that can be negotiated down in a debt settlement program. However, the largest discounts are often obtained from credit card debts. So, if a greater portion of your debt is from credit cards, you can likely expect good results from a Debt Settlement strategy. 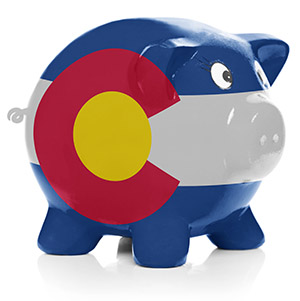 By asking 14 important questions, you can pick the good settlement firms from the bad ones right away. It’s always a good idea to check the company’s complaint history and overall rating with the Better Business Bureau (BBB) to see what other customers from Colorado have experienced with a settlement firm.

New Era has maintained an A+ rating with the BBB and settled over $250,000,000 in debt since our time in the industry. Visit our Testimonials page to to learn more about what it’s like to work with our settlement programs.

Consumers in Colorado can get a FREE analysis of their debt. We will show you how much time and money you can save. Contact New Era Debt Solutions to get started.