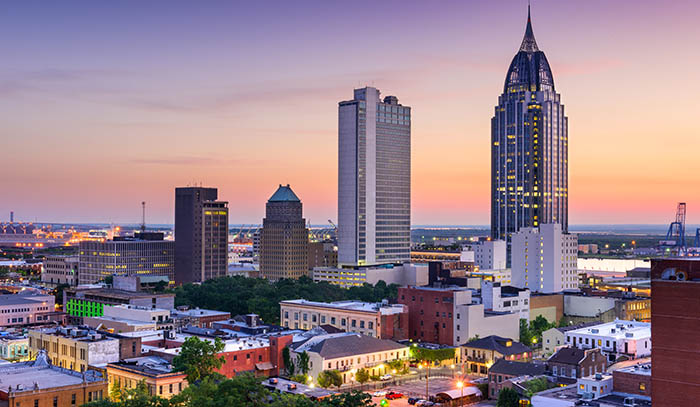 Evaluate Your Options for Debt Relief

Below are 5 of some of the most common types of debt relief programs used in Alabama.

Making minimum payments is a plan that seems to work in the short term for many of those in debt, but it is often the worst path to attaining freedom from your debts. While it might feel like making progress, paying only the minimum keeps you in debt longer and costs you more in the long run.

Debt management and credit counseling programs offer debtors the opportunity to work with an agency to organize and handle their debt. With these types of programs, a debtor often makes a single monthly payment to their counseling agency who then redistributes the funds to creditors on the debtor’s behalf. Ideally, the interest rates on debts can be lowered in the process, but the debtor still ends up paying back the entirety of the debt plus any interest that’s built up. These programs do not have high completion rates in Alabama as they typically take between 3-5 years to complete.

Debt consolidation is a form of relief that involves taking out a promotional loan or credit card that has a low-interest rate and then using that capital to pay off other unsecured debts with higher interest rates. This can reduce many debts into a single monthly payment that is lower because the debtor is paying less in interest. The difficulty with debt consolidation is that these types of loans can be hard to qualify for because they are of such high risk to the lender. If the consolidation loan is not repaid within the promotional window, then it can also lose the low-interest rate, reducing the benefits it may have offered in the first place.

Debt consolidation does not reduce the principal debt that has to be repaid, but can work to reduce the interest rate so there is less total debt being accrued.

Critically different from both consolidation or debt management, debt settlement is a form of debt relief that can reduce both the interest rates and the principal balance of an unsecured debt. With less being owed in total, settlement can generally be faster and less expensive when compared to consolidation or counseling which only work to reduce the interest rates. From Birmingham to Mobile, our experienced team of debt negotiators can help you settle your unsecured debts in Alabama.

5. Filing for Bankruptcy in Alabama

Is your household burdened by a legitimate financial hardship?

A majority of Alabama debtors find themselves in financial trouble because they lost their job, ran into sudden medical issues, or got a divorce. All three of these situations create financial stress on a household and can happen to anyone through no fault of their own.

If you are over your head due to a hardship circumstance, and you’d prefer to work things out with your creditors rather than declare bankruptcy in Alabama, then Debt Settlement can provide an honest and ethical debt relief alternative.

Are you committed to becoming free from your debts?

Debt Settlement system is not a “free lunch” for people who don’t feel like paying their bills. It is an aggressive approach to relieving debt which can present an occasional challenge. Your ability to stay committed to staying the course, even when the road gets a little bumpy, is often the most important factor in determining success in a debt relief program. For those who have the will to see it through to the end, taking part in a debt settlement program can potentially get you out of debt more quickly & affordably than any other form of debt relief in Alabama.

How Does the Process of Negotiating Debts Work in Alabama? 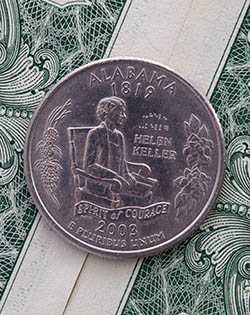 Debt Settlement involves negotiating with creditors to secure a deal to repay less than the total debt balance of your unsecured personal debt accounts. This is different from simply reducing the interest rate which is what Debt Consolidation and Credit Counseling offer, but these programs are not designed to reduce the principal balance of debt like settlement is. By negotiating the balance down, Debt Settlement provides a massive shortcut in being able to pay off unsecured debts.

Most creditors are willing to accept a reduced settlement payment because this is a better alternative to losing out on the entire debt if the debtor files for bankruptcy instead of trying to repay it.

Debts That Can be Settled:

Debts That May Not Qualify for Settlement:

This list is not exhaustive. Be sure to check with your Alabama debt counselor for more information.

Can I Trust New Era to Handle My Debt Properly?

By asking 14 important questions, it’s easy to pick the good settlement companies from the bad. It is also always a good idea to check the company’s Better Business Bureau (BBB) profile to see what the experiences of other Alabama consumers were like.

New Era Debt Solutions is rated A+ with the Better Business Bureau and has been helping debtors across the country get relief since 1999. Our team has settled over $250,000,000 in debt and worked with thousands of Americans from many different states. But don’t just take our word for it. Browse through our testimonials page to see for yourself.

No Fees Upfront. Debt settlement is not a service that can legally be charged upfront. If a settlement company is trying to get you to pay upfront fees for a settlement program, they are not only acting unethically, but also unlawfully. As per an FTC ruling effective October 27, 2010, it’s only legal to charge for settlement after the negotiations are completed.

Consumers in Alabama can get a FREE analysis of their debt. We will show you how much time and money you can save. Contact New Era Debt Solutions to get started.