3 Ways to Teach Your Kids About Personal Finance At Home 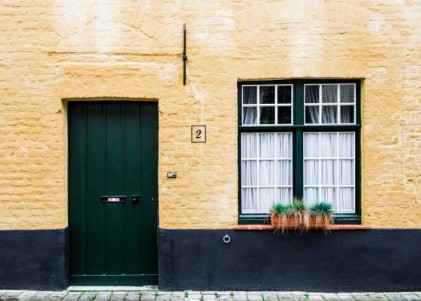 As a parent, you want the best for your child. You want to provide them safety, shelter and a foundation they can build on as they make their way in the world. That involves many areas, but one that is commonly overlooked is finances.

The well-known Jumpstart personal finance test shows that nearly two-thirds of the 6,000 high school students tested failed a test on basic financially literacy. On March 22, 2022 Florida Governor, Ron DeSantis, signed a financial literacy bill to support Florida’s students. The bill will require high school students who enter high school in the 2023-2024 school year to take a financial literacy course. There is no doubt that knowing how to deal with your personal finances is becoming an important and critical topic.

Instead of looking at money as a taboo subject in the home, deal with it head on. Teaching children about money is one of the most loving things you can do as a parent. If you don’t know where to start, consider some of these simple things you can do in your own home.

Allowance, With A Twist

An allowance can be a great tool if you use it to teach your kids about personal finance. In essence, it’s a great launching pad for financial literacy lessons. The key is in how you implement it. Below are some of the things we do in our home:

It’s important to point out that these chores need to be age appropriate. What we add to the plan is the ability to lose money if they don’t do an expected chore. They also don’t earn money if they fail to do something on their money-earning list.

Don’t just let them spend the money they earn haphazardly. Rather, use a save, spend and share system that encourages them to save some of their money, share some of it (think a local charity or church) and still have money to spend. The benefit is it allows them to begin to see money as a tool to accomplish different things.

Have A Goal Chart

Think of a goal chart as an outflow of the save, spend and share goals above. A goal chart allows a child begin to have a purpose for their money – or a simplistic budget. If you know what motivates your child use that to motivate them to save.

If they’re visual, then use a picture of what they’re saving for to encourage them as they put money away each week or month. This allows them to see how close they are to reaching the goal and motivates them to save more. Don’t be afraid to reward them for saving towards their goals either – and not just in monetary ways. The methods used will change as they get older, of course, but can be built upon to help develop stronger financial literacy.

Involve Them in Decision Making

This sounds scary, but one of the best ways to teach your kids about personal finance is to involve them in your decision-making. That even includes if you’re paying off debt. Again, this will be age appropriate but don’t be afraid to allow them to be a part of the financial decision-making of the family.

This doesn’t mean they have to play an active role in making a decision either. You can simply explain the “why” behind a decision – such as why you’re choosing not to go out to eat or spend a certain amount during the holidays. By doing so, you allow them to see you living out money management. As they get older, consider allowing them to play an active role in deciding things like where to take a family vacation so they can see the process of making a financial decision. This can be scary to think of, but it’s one of the best ways to help them see the role money plays in our lives. Don’t think this has to be in formal settings either. Most lessons can be taught in every day events and in an informal fashion.

Teaching children about personal finance can be a scary thought, especially if you don’t feel confident. Don’t let that hold you back. Start with one item and build upon it, making it age appropriate. Remember the foundation you help them lay in the present will echo into their future.